In March this year, TymeBank was about to launch a credit facility for customers but it was forced to pulled the plug when the pandemic hit.

Even so, the bank said it had done well during the past six months, almost doubling its number of customers.

The bank is owned by ARC Financial Services, a company within Patrice Motsepe’s UbuntuBotho Investments stable.

Keraan said that in the current economic climate, where consumers were struggling financially and there were high rates of bad debt, it would be irresponsible to lend money from its customers’ deposits.

Instead of a traditional interestbearing credit facility, such as a loan, the bank had now opted to create an interestfree advance facility that would be launched in 2021.

Keraan said the best way to describe this was to consider it as a layby product, but one gets the money upfront.

Asked how the bank would make money on loans for which it did not charge interest, Keeran said that was their “magical sauce”.

The bank would offer the product to customers based on their credit score and Pick n Pay Smart Shopper data, which the bank has access to through its partnership with Pick n Pay.

A recent analysis of this data had shown a trend that shoppers who saved their loyalty points had a better history of repaying personal loans. It is information such as this that will inform the qualifying criteria.

Keraan said the bank, whose main goal is to create financial services products for South Africans who have traditionally not been supported by the banking system, had seen a rapid growth rate since the onset of the lockdown. “We have done incredibly well during the pandemic,” he said.

Keraan attributed the success to the bank’s offering of only a few products that were designed for the consumer’s needs.

The most recent product is a “Toolkit” for small and medium enterprises that is targeted at sole proprietors or those who have a side hustle.

It has features such as being able to manage income and expenditure, or load employees’ and suppliers’ cellphone numbers to enable quick payments. The recipient draws the money at Pick n Pay or Boxer stores. 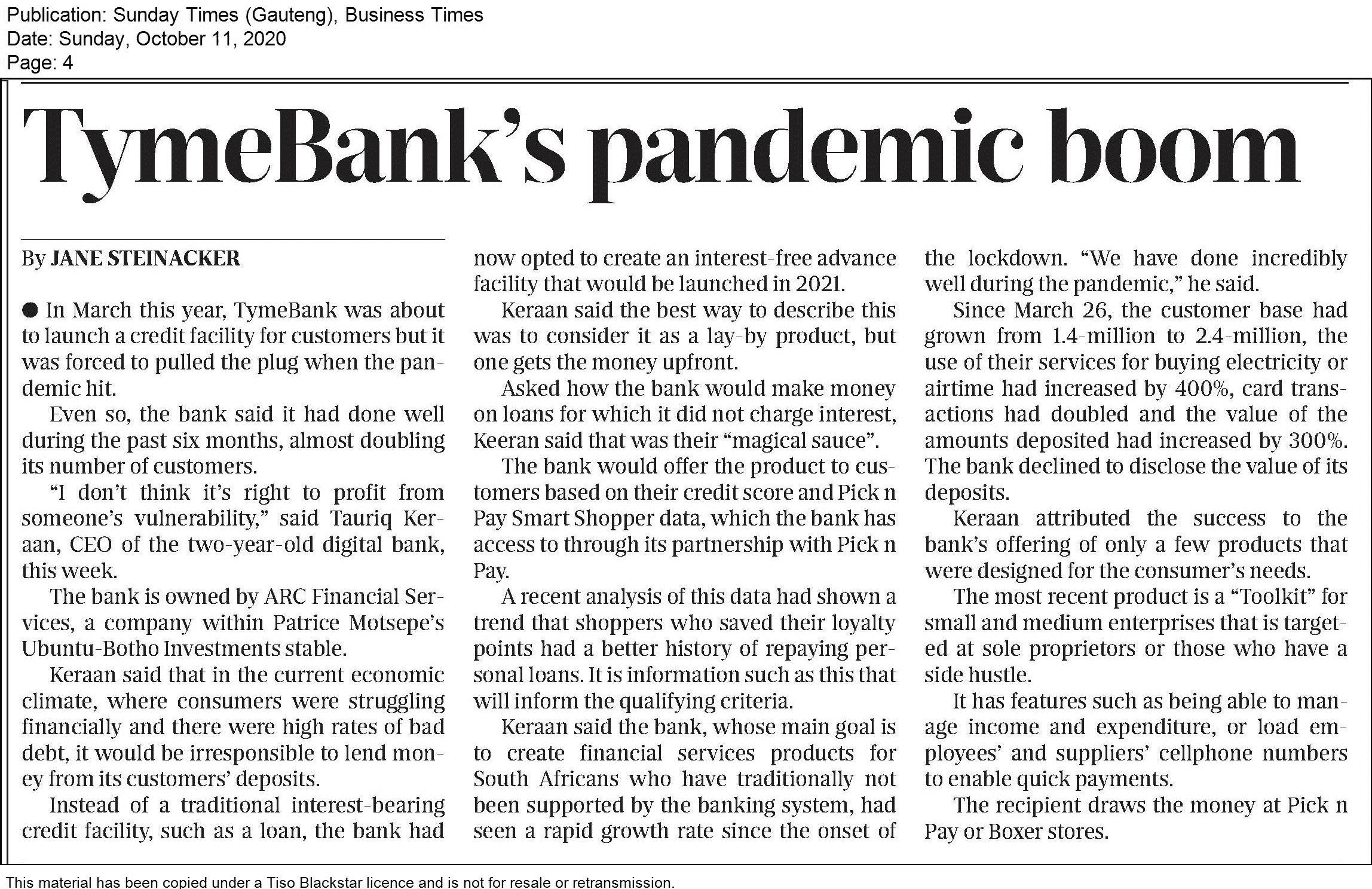 Having successfully launched in South Africa, and with an imminent launch in the Philippines, TymeBank…

TymeBank has attracted R1.6-billion in new capital from global investors as it prepares for stiffer…